Avoiding comment on politics or social issues used to be an orthodoxy of corporate communication. But in the past two years, speaking up has ceased to be the risk it was. In fact you could argue that in 2020, staying silent on such matters is now among the bigger risks to corporate reputation.

The need to be more vocal on societal matters started with #metoo and the drive to give women greater status in the workplace in 2017. It picked up in September 2019 when the environmental movement gained momentum. We noticed executives realising that their customers – and often their own children – were protesting and backing the cause. Rather than reacting to environment, social and governance (ESG) matters, businesses decided they need to be proactive.

This year corporations have been publicly supporting their communities to cope with Covid-19. But it is the response to the murder of George Floyd in Minneapolis that may take communication around deep-seated social problems into new territory. Reactions so far have often featured statements of support for Black Lives Matters and donations to foundations supporting black communities. Lloyds of London and The Bank of England have both apologised for ties to slavery.

The days when drafting a vague statement that, ‘Our company is committed to X’ would suffice, have long gone. Sincerity and action are watchwords.

As businesses reflect on their next moves to forge greater equality, a question to consider is how black employees, customers and the media will assess progress in 11 months’ time when the first anniversary of Floyd’s death is marked. What will your organisation be able to point to in order to show that change is happening?

Those of us not in the black community have been learning more about the day-to-day expressions of racial bias that divide our workplaces and communities. We cannot claim insight into what form of action and words will appear credible to those who experience frequent discrimination. We can, though, listen to black leaders in business and elsewhere – who we hear calling for measurable progress and accountability to start to bridge a vast divide.

Watch this interview from former Xerox chair and CEO Ursula Burns who said: “We have four black CEOs in the Fortune 500. That can’t be so. There has to be more than four of us qualified to do these roles.” Burns advocates the importance of African Americans on boards, and investment in education.

The investor Mellody Hobson advocates for the importance of holding CEOs to account on diversity progress. Hobson, president of Ariel Investments, has said: “When you ask corporate leaders about diversity, they say “We’re working on it”…I’ve heard this response for my entire career but there’s no other area in corporate America that you can work on for decades and not show progress and still have your job.”

These voices will inform and change expectations within the media. From our vantage point the one insight we can offer is how newsrooms will respond. First, they will hopefully work hard to improve on their own poor record of recruiting black journalists. Only 8% of black journalism graduates in the UK had found a job in journalism six months after completing their studies, compared with 26% of white graduates, according to a 2017 report by the National Council for the Training of Journalists.

We are seeing some shifts in communication approaches. Blackrock CEO Larry Fink was explicit in referring to the ‘murder’ of Floyd – no euphemistic reference to a sad death, or an unfortunate incident. As a reporter I was taught to have a huge intolerance of euphemism especially in times of moral outrage. This form of unambiguous honest language, about a hate crime, will have been noticed by reporters.

One approach to be encouraged is open conversations on the issue of race and bias in the workplace, without the scourge of corporate scripting. Honest conversations, especially those that draw on real feelings and experiences, encourage greater listening and more understanding.

Citi’s CFO Mark Mason made a very personal and evocative statement, starting with the words “I can’t breathe” 10 times – the number of time Floyd himself said the words.

I also would recommend a listen to this podcast by Renee Cummins and Paul Trussel, two senior black executives at Deutsche Bank in New York. It sounds like a real conversation. Cummins is able to say, unedited, that she still experiences bias in the workplace. Both of them put forward thoughtful ideas for change – including the importance of measurable progress in recruitment, and promotions.

A clue as to the action we might see has come from Morgan Stanley, where CEO James Gorman promoted two black women in early June. Carol Green-Vincent, chief audit officer, was appointed to the firm’s operating committee. Perhaps more significantly, head of diversity and inclusion Susan Reid, was promoted to the bank’s management committee and given greater powers and funding to pursue inclusion goals. This move comes at a time that the chief diversity officer position broadly has received criticism for lacking weight and authority, for example not reporting directly to the CEO and lacking budget.

Gorman’s communication around these changes is also fascinating, highlighting the importance of placing ‘show’ before ‘tell’. In the same statement he announced that “committing to diversity and inclusion” would become a fifth value of the company. But the points of action came first.

Employees and the media will no doubt ask questions about financial investment and support for black communities. It’s one thing to pledge and donate but the question 12 months later will be: “What difference has that money made?”

JP Morgan released an impact statement focusing on the goals of existing projects that include support for affordable housing and investing in minority owned business in addition to hiring goals. Bank of America made a $1bn commitment over four years to support “people and communities of color that have experienced a greater impact from the health crisis”. The money targets four areas of health, jobs and skills, small business and housing.

Both statements offer clarity on their objectives. But both firms will no doubt expect reporters to follow up later with probing questions on real impact at community level and seek examples of improved lives. Editors will expect reporters to interview people in these communities to gauge their verdicts.

4. Be ready for better informed journalists

The media will likely write more articles on racial inequalities in business – and they will do so with more and better data.

The expectation will be for substance and raised calls for disclosure. Questions from the media will likely reflect the demands reporters hear from black business leaders. What have you achieved? How are you measuring it? Who carries the can if you fail? So as demands for results intensify, one area for communications professionals is to be dogged in pursuit of data their organisation can share publicly to show progress.

Companies should expect business journalists to receive more reports highlighting inequalities between races. Take this example from the Institute for Policy Studies: “The median Black family today owns $3,600 [in assets]— just 2 percent of the $147,000 of wealth the median White family owns.” This report released in January gained little traction in mainstream or business media at the time. But an updated version would no doubt make front page news across the US and UK.

5. Race will be a question for all

We have seen in the past few years how questions around women in the workplace and the environment have become matters that all spokespeople should address, not just those with a particular expertise. And not just women. So it will be important to prepare spokespeople across the board to be able to answer questions about race with openness and clarity. Reporters and editors won’t be impressed if it’s the preserve of those with the word ‘diversity’ in their job title.

Finally, be ready for media requests for more spokespeople from minorities. While media will be working hard to diversify its own staff, it will also want to expand its diversity of sources. There has been a strong effort by many business publishers for many years to promote the visibility of women on their pages, as I remember from my time at Financial News in the early 2000s when a front page without a female face was not accepted.

It would be surprising if the newsrooms of today are not already asking each day and each week how many minority voices their reporters are speaking to, quoting and featuring in profiles and TV slots. What also matters is that black interviewees are not only answering questions about race but are speaking on industry trends, economics and market outlooks. With the momentum established in recent weeks, the business pages of tomorrow promise to be less pale as well as less male. 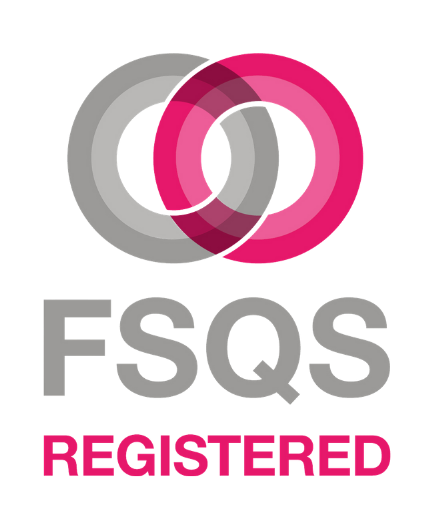